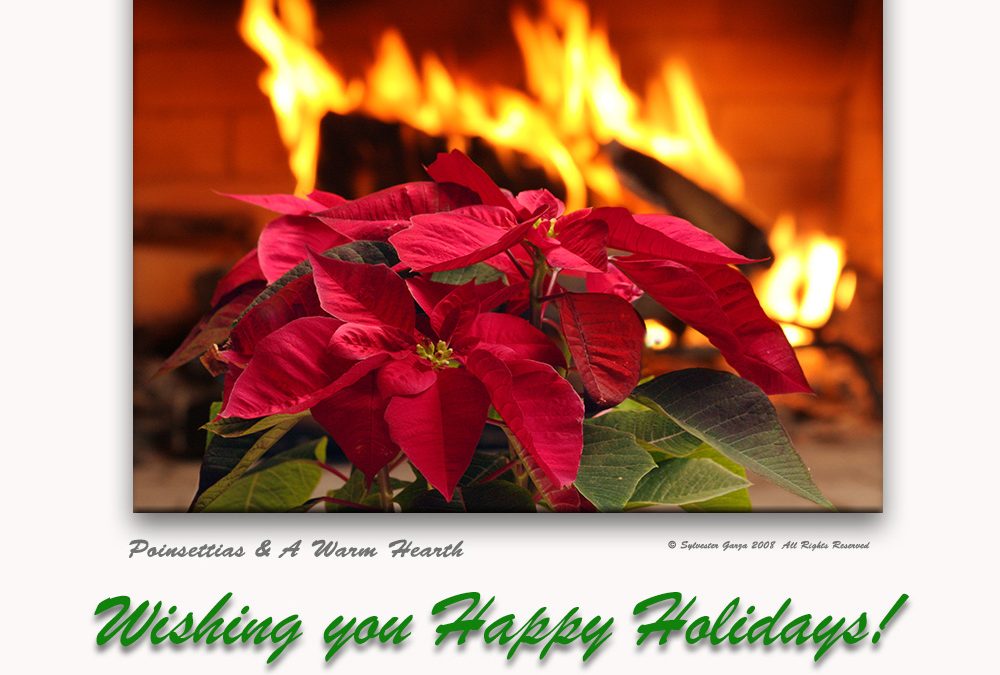 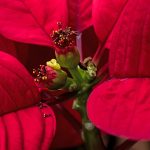 The shape of the Poinsettia flower and leaves are sometimes thought as a symbol of the Star of Bethlehem which led the Wise Men to Jesus. The red colored leaves symbolize the blood of Christ.

Poinsettia plants are native to Central America, especially an area of southern Mexico known as ‘Taxco del Alarcon’ where they flower during the winter.

The Poinsettia is indigenous to Mexico. It is particularly well known for its red and green foliage and is widely used in

The Aztecs used the plant to produce red dye and as an antipyretic medication. The Aztecs, called the plant Cuitlaxochitl, meaning “flower that grows in residues or soil”.

Christmas floral displays. It derives its common English name from Joel Roberts Poinsett, the first United States Minister to Mexico, who introduced the plant to the US in 1825. 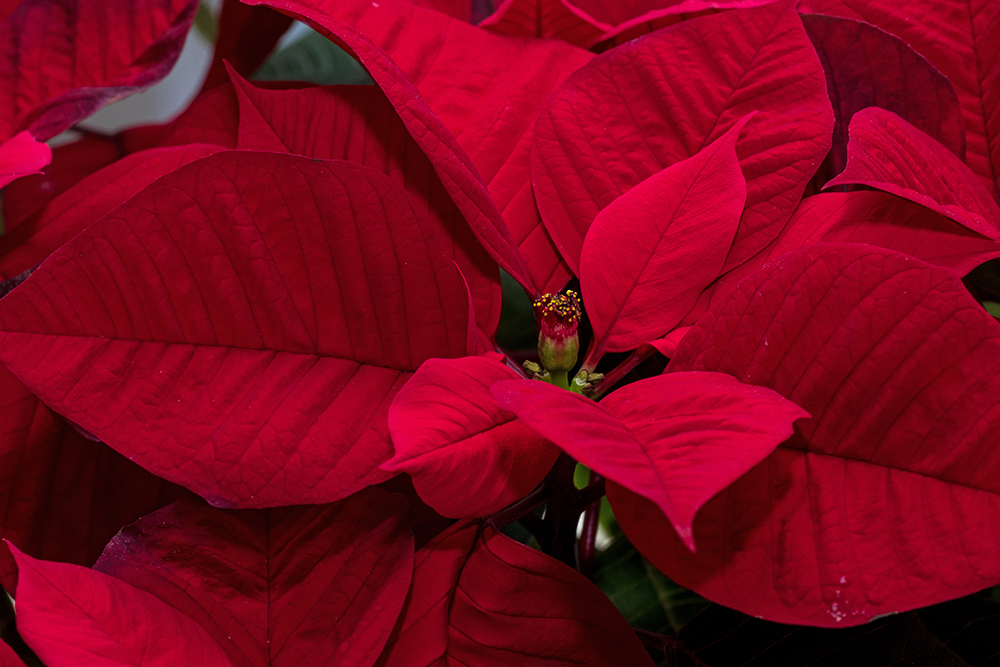 Today it is known in Mexico and Guatemala as Flor de Nochebuena, meaning Christmas Eve Flower. In Spain it is known as Flor de Pascua or Pascua, meaning Easter flower. In Chile and Peru, the plant became known as Crown of the Andes. In Hungarian, it is called Santa Claus’ Flower, and is widely used as a Christmas decoration.

While considered by the ancient Aztecs to be symbols of purity, in today’s language of flowers, red, white or pink poinsettias, the December birth flower, symbolize good cheer and success and are said to bring wishes of mirth and celebration.

Whatever your beliefs or rituals for the Holidays . . . take  time to enjoy with close friends and family.  They are all we’ve got.